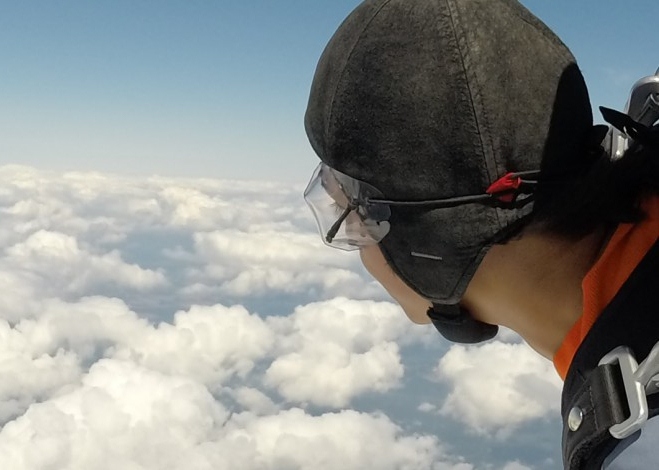 1 Introduction
In recent years, it has become increasingly evident that physical and mechanical cues generated intrinsically within the cell in response to its microenvironment, and extrinsic cues imposed upon the cell by the microenvironment are as critical as biochemical cues in regulating cellular structure and function (Fletcher and Mullins, 2010; Hersch et al., 2013; Janmey and McCulloch, 2007; Krieg et al., 2008; Provenzano and Keely, 2011; Théry et al., 2005).
Cells are able to sense their microenvironment and its variances through a vast arsenal of intracellular and extracellular receptors, which upon activation can induce different downstream signaling events including the activation of signaling networks with subsequent changes in gene expression, recruitment of biomolecules and reorganization of the cytoskeleton,. a scaffolding composed of three types of cross-linked filamentous networks together ensuring intracellular processes, structural integrity, and cell motility: actin microfilaments (MF), microtubules (MT), and intermediate filaments (IF).

1.1 Intermediate filaments
The human IF protein family is encoded by approximately 70 genes (Hesse et al., 2001), classified into six distinct types based on their similarities in gene structure or sequence homology and are expressed in a tissue type-dependent, cell type-dependent, differentiation program-dependent, and context-dependent fashion. IFs have been shown to play a crucial role in numerous cellular processes for maintaining cell and tissue integrity and have been implicated in playing a key role in stress response (Hyder et al., 2011; Kim and Coulombe, 2007; Pallari and Eriksson, 2006).
The most prominent types of IFs in epithelial cells are type I (acidic) keratins and type II (neutral-basic) keratins. Equal amounts of type I and type II polypeptides form heterodimers, which assemble into obligate heteropolymers. The keratin intermediate filaments (KIFs) form a cytoplasmatic network braiding the nucleus and extending out to the cell periphery. They are connected to the ECM through an anchorage to hemidesmosomes and to adjacent epithelial cells through desmosomes, thus ensuring the integrity and mechanical stability of both the single epithelial cells (Ramms et al., 2013) and of the epithelial tissue as it is evident in a number of keratin-associated disorders, where specific keratin mutations predispose cells to cellular stress and to epidermal fragility (Lane and McLean, 2004; Rugg and Leigh, 2004), resulting in various skin diseases such as Epidermolysis bullosa (Coulombe et al., 2009; Russel et al., 2004). Yet despite the importance of IFs for the maintenance of the biomechanical integrity of cells and tissue, their contribution to intracellular mechanics mostly remains unknown. Studies exploring the mechanical properties of IFs have shown that single IFs are quite soft, strikingly extensible, and withstand greater mechanical deformation than either microtubules or actin filaments (Fudge et al., 2003; Fudge et al., 2008; Janmey et al., 1991; Kreplak and Fudge, 2007). Cells in epithelia are exposed to tremendous mechanical stresses, for example frictional forces or strain, and as the predominant cytoskeleton in epithelial cells KIFs prove to be of great importance for the biomechanical integrity and stability of epithelial cells in response to mechanical resilience. Epidermal keratinocytes lacking type I and type II keratins, respectively, are significantly softer and less viscous than WT cell lines (Ramms et al., 2013).
The contribution of both actin and microtubules to mechanical resilience of cells and their polarity, the dynamics of their assembly and the associated motors and regulatory proteins have been investigated in great detail (Blanchoin et al., 2014, Fletcher and Mullins, 2010). Both actin and MT networks are composed only of one highly conserved globular protein, actin and tubulin, respectively. The basis for the remodeling of both networks is the asymmetry of the subunits and their dependency on chemical energy derived from hydrolysis. In contrast, the molecular mechanisms governing the polymerization of IFs and their dynamics are not well understood but its uncovering is of vital importance to understand cellular function and various human genetic disorders. IF self-assembly does not require chemical energy and due to the symmetric composition of their tetrameric subunits IFs lack polarity. High-resolution time-lapse imaging of cells transfected with fluorescently tagged keratin revealed a high degree of keratin network dynamics in cultured cells, enabling the establishment of a reference model for the KIF assembly and disassembly, termed as the keratin cycle (Windoffer et al., 2011). The keratin cycle (Fig. 1) is subjected to a protein biosynthesis-independent turnover and begins with the nucleation of soluble keratin particles, referred to as KIF precursors, in the cell periphery in close vicinity to focal adhesions followed by elongation, subsequent integration into pre-existing peripheral KIF networks and bundling, revealing an inward-directed movement, which is proposed to rely mainly on actin microfilaments but also on microtubules. Some KIFs disassemble into soluble subunits that diffuse throughout the cytoplasm and can be re-utilized for another round of KIF assembly. Other KIFs exit the keratin cycle of assembly and disassembly and mature into a stable network braiding the nucleus and are anchored to hemidesmosomes and desmosomes, resulting in an increased mechanical resilience of cells (Strnad et al., 2002).

Fig. 1 Schematic representation of the keratin cycle of assembly and disassembly. Nucleation of soluble KIF precursors occurs in the vicinity of focal adhesions in the cell periphery, followed by elongation and integration into the pre-existing peripheral KIF network and further bundling of the filaments within the network. Some KIFs disassemble into soluble subunits that diffuse throughout the cytoplasm and are re-utilized for another round of KIF assembly at the cell periphery. Alternatively, bundled KIFs mature into the stable perinuclear cage (Windoffer et al., 2011).

Recent advances towards image analysis methods have been made to determine the speed and direction of KIF motion and to identify locations of KIF polymerization and depolymerization at subcellular resolution (Moch et al., 2013). Put together, the keratin cycle of assembly and disassembly and the keratin motion analysis yield a strong model, which provides a framework to identify regulatory proteins altering the cycle and to investigate keratin modifications and the influences of mechanical forces on the keratin cycle and the cell.
In order to measure keratin dynamics and its variances after alternations of experimental setups attempts have been made for conventional 2D cell culture systems to improve the comparability of single cells by converting recorded single cell images into idealized round cells, thus subtracting out variances in cell morphology (Moch et al., 2013). Unfortunately, such sophisticated cell shape normalization techniques are prone to errors that may occur in normalizing migrating or contracting cells, are only suitable for round cells and labor extensive. Several methods have been developed to overcome these obstacles, cell micropatterning being one of the most promising developments enabling the manipulation of cell architecture, cell-extracellular matrix (ECM) and cell-cell interactions.